These are all things we’ve seen in previous Mario & Luigi games, but there is actually one surprising omission that I need to mention. Before, each time one of the Mario Bros. would level up, they would also receive the chance to select and increase on stat by a random amount. This allowed you to alter a character and compensate for any inherent weaknesses. For some reason, this is absent from Paper Jam. Maybe it was due to the inclusion of a third character, or for a change of pace, I’m not sure, but the function is now gone. It’s a bit of a shame, because it was a great way to balance the Bros. and make sure they fought better as a team. It doesn’t detract much from the game, especially once you get further in and obtain better gear, but for a long-time player of this series it will be a bit of an annoyance to not have the mechanic, especially when your years of experience and practice with it now no longer means anything.
Also, I need to mention something about the controls. They are for the most part the same as all previous games, with you controlling Mario with the “A” button and Luigi with the “B” button, but now you must also control Paper Mario, which is done by using the “Y” button. This can get a little confusing at first, especially during moments when you have to make precise inputs quickly. You get used to it over time, but is complex enough to warrant the developer’s decision to use the “X” button to make all three brothers hover jump at the same time when outside of battle, and, more importantly, serve as emergency block during battle. You could see it as a callback to Paper Mario’s traditional action command block that Mario always had, but it could also be an admittance of the ,at times, convoluted controls. It’s not that big of a deal, but resulting to using the block always felt like a sign of defeat to me, like I couldn’t handle controlling all the characters independent of each other.
Let’s talk about enemies. In the previous Mario & Luigi games, the developers seem to love throwing new and bizarre creatures at us to fight. Not this time around. For Paper Jam, Mario and co. are more or less stuck going to the worst high school reunion ever. Paper Bowser came over to the Mushroom Kingdom, but he brought friends, and all of them hate the Mario Bros. just as much as the native baddies. We’ve got Paper Kamek, Paper Bowser Jr., Paper Koopas, Paper Goombas, and many more all joining up with their counterparts. But don’t worry, it’s not just like fighting two everything. Well, I mean it is, but I think you know where I’m going with this.
Paper versions, being paper and all, behave differently from the regular versions of every enemy, so you get a lot subtle variety that forces you to keep on point in every battle. A regular Koopa may attack you one way, but a Paper Koopa may use a different tactic or pattern. You have learn all the differences and develop the right counterattacks for each one, which greatly reduces the monotony you would otherwise experience.
By now, the more knowledgeable fans of the series should be wondering if Paper Jam meets humor standard expected in every installment of the series. Though none of the games have been as funny since Fawful’s last appearance (I miss that hilarious psychopath), I personally think the jokes are even better than in the last game, Dream Team. They break the forth wall more, we have two Bowsers to laugh at(which you will laugh at), and healthy number of recurring characters that always show up to complicated the Mario Bros.’ live in hilarious fashions. Also, Nabbit’s in this game. He is that special form of non-verbal humor that is actually a first for the series.
I definitely wasn’t holding my breath for Paper Jam, especially when all I could think about was how quickly it was released after Dream Team, but I can honestly say I was not let down by this game. It reinvents without starting from scratch, which means it gives us something actually new without ticking the diehard fans off. It has exciting gameplay, loveable characters, and other various manner of “the works.” Paper Jam is of course not the best in the series (That distinction still goes to Superstar Saga. Don’t try to say it isn’t.), but it won’t end up as the series’ forgotten child either.
In short, this game is a pleasant surprise that doesn’t fall flat. (You get it? Please don’t hate me.) 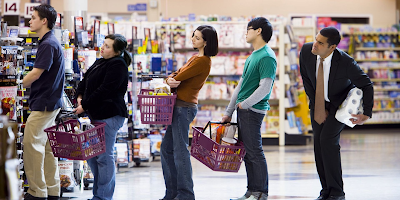