Recently I’ve been thinking about all the games out there flooded with the most horrific monster and bosses imaginable. So many games try to up the creep factor, (just look at the Dark Souls games), but most just ended up being gross or ugly, not truly disturbing. This made me then think about the master of horror: Nintendo.

Despite having a “Family friendly” appearance, Nintendo games try their absolute best to create nightmares that no one should ever even think about, so naturally I want to discuss them. Here's my list of the top five creepiest bosses from three Nintendo's most renowned franchises: Mario, Zelda, and Kirby. (Bosses are not ranked in any particular order.)

Let’s start with Mario, because that is the natural order of things. 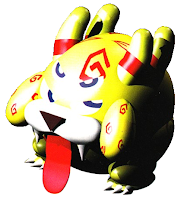 #1 Belome
That creepy, creepy dog-like creature from Legend of the Seven Stars. It is borderline mindless, and wants to eat anything and everything. Make a puppet version of it and that beast could easily fit into the cast of creatures from the Never Ending Story, the greatest horror film ever made. Don’t try to tell me otherwise, those puppets would give the Five Nights at Freddy’s cast nightmares, and Belome would be their king.

#2 Mimi
She’s cute, sweet, and would probably slit your throat for a Klondike Bar. The completely psychopathic shapeshifter can mimic anyone perfectly, and if that doesn’t help her achieve her homicidal goals, she can always SNAP HER OWN NECK and turn into a half-dead-looking spider creature that shoots rupees out of her butt. 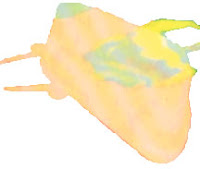 #3 Phantamanta
What’s horrifying about this boss is that you don’t know what it is, or where it came from. All you do know is that it’s massive, mean, and just wants to kill everyone on a peaceful resort beach. And the sounds the smaller pieces of it make when you begin to split it apart are like listening to a demonic baby as it is being possessed by an even worse demonic baby. 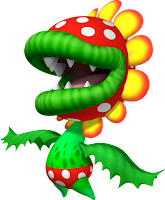 #4 Petey Piranha
Everybody’s favorite gigantic, man-eating monstrosity. He’s appeared lots of games, including Smash Bros. and the endless amount of Mario sports games, but everyone needs to remember him as he was from his first appearance in Super Mario Sunshine. Eerie, disgusting, and attacked primarily by vomiting on you. But what may make him truly awful is the way you must defeat him. It’s your job to fill his gullet until he was ready to burst, and then actually burst him. Like sticking an air hose in an animal carcass to make it easier to skin, except in this case Mario just crushes his entrails. A truly horrific boss makes you take part in the horror. Think about it. 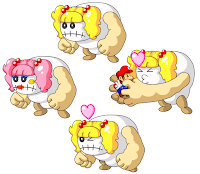 #5 Jojora’s Friends
What even is this thing? When you first play Superstar Saga and reach the boss area of Joke’s End, you don’t know what to expect. You’ve been tailing some buddy of a cousin of a descendant of a spirit that once guarded the place, and you don’t even know why. Then she invites you drink some tea or something, then the next thing you know you’re fighting for your life with her and her gigantic, delusional, overpowered and horrifying snow-monster friend, who also keeps trying to sexually assault the Mario Bros. It all comes out of nowhere, and when it’s all over and the freak is dead, all you can do is pause and wonder what even just took place, and why do you feel so violated.

Now, for the Zelda Bosses. Some of you already know what to expect.

#1 Bongo Bongo
The gigantic, deadly and horrifying-to-look-at boss of Ocarina of Time’s Shadow Temple. This demon/ghost has no true discernable past, but appears to have possibly been a person at one point. A person who was apparently executed by means of beheading. Origins aside though, this beast now only seems to exist to destroy people’s lives, while also playing music and enjoying itself as he does. 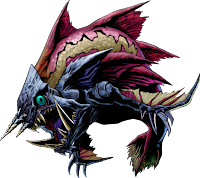 #2 Gyorg
I’ve always been slightly creeped out by fish, so when you make me fight a gigantic masked fish that wants to eat me, I get somewhat perturbed. This boss carries the demeanor or fish, almost mindless, entirely focused on following its voracious instincts, but coupled with being twice the size of a great white shark and the ability to spawn an infinite amount of offspring. It’s like the Zelda developers watch Jaws and said, “You know what? We can top this.”

#3 Gomess
Yeah, Majora’s Mask is just a big den of creepy. This mid-boss from the Stone Tower Temple must stem from an insane belief that there should be a fusion of the grim reaper and Dracula. Seriously, that’s the most straightforward and best description of this boss. Though this creature is much more horrific than what you’d expect such a blending to be. Those stupid bats, the massive scythe, and the sadistic look on his face all make you wonder why Nintendo wants to scar so many people.

#4 Blizzetta
NOT TAKE MIRROR!
Yeah, she’s on the list entirely for that five seconds of gameplay. Don’t even try to tell me that didn’t make you check to see if your pants were still dry after seeing that for the first time. And this all happened because she was possessed by the power of the mirror. She was the Gollum of Twilight Princess. 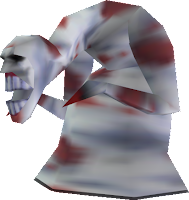 #5 Dead Hand
If you didn’t expect to see this one on my list, go slap your parents for not slapping the common sense into you as a child. This is the most horrifying thing in the entirety of the Zelda franchise, and possibly the most horrifying thing in general. Those long creepy arms that pin you down when you get close, the walls of its lair being made of skulls and bones, the beast’s probably purposefully slow stride, and its endless attempts to BITE LINK’S FACE OFF make this creature the king of all nightmare fuel.

Now it’s time for the Kirby bosses. E for Everyone is such a joke.

#1 Marx
First off, he’s some kind of jester clown, so he’s already unerving. Then, he turns out to not just be a jester, but a diabolical and genocidal mastermind, who pit celestial bodies against each other, just to get Kirby to wake up a wish granting Death Star-like thing. So he destroyed the entire balance of an entire solar system, just so he could wish to be some kind of horrific demon. Dude is crazy.

#2 Drawcia Soul
If you passed on Canvas Curse because of the controls, you missed out on the chance to lose a lot of sleep. First Drawcia is some kind of enigmatic witch. Then you kill her. Then she’s something out of a disturbing anime. You can see that this creature is what’s left of the witch’s sanity and consciousness, and can feel it as well, thanks to the music that plays during the fight, which I believe is the most anxiety-inducing soundtrack from any Kirby game. It’s so disturbing. I love it. 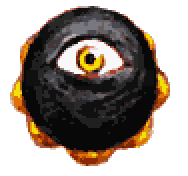 #3 Dark Matter
Dark Matter is the start of Kirby’s long tradition of fighting creatures with no business being in a Kirby game. It’s a massive orb of darkness with a massive, piercing eye. It’s the contrast that makes it so awful. The first game has a final boss that’s a grumpy and greedy king, the second game has demonic sphere that will inevitably kill everyone, and you have no idea what its motivations are.

#4 0
This is Dark Matter’s boss. Nothing like fighting a boss that turns out to be the boss of the previous game’s boss. It looks like a giant eye, and once you defeat its eye actually pops out of its body, so they were really trying to drive home the “creepy eyeballs” theme with this creature. Oh, and it bleeds as the eye ruptures out of the body. This seems about right for a kid’s game.

#5 02
So if Drawcia Soul and Gigyas from Earthbound had a baby, it would look like 02. This reincarnation or ghost of 0 is sad, tragic, horrific, hateful, lonely, vengeful and in pain. It also attacks you by SHOOTING TEARS OF BLOOD. As I said earlier, the ESRB is full of it. 02 is just all of the bad, and is accompanied by the most somber theme song you’ll ever hear. As you face this boss you know you have to kill it, but the soundtrack makes you almost feel its pain as you finish off this pathetic monster, and that’s messed up.

Well, there you go. I’ve shared my thoughts on the bosses that have made me stop and wonder how much damage I’ve done to myself by playing these games. You’re welcome, I guess.